Overview of a brief field test of the Merlin SoundID app

I downloaded the Merlin app to my iPad and installed the SoundID module. I tested SoundID identification in a bird community typical of Willamette Valley residential areas in July; birds were reasonably vocal but in general not actively singing at this stage of the breeding season.  I am familiar with all of the bird species expected at this location.  This site has light to moderate ambient noise (traffic and machinery)  - generally this is not an issue but it may briefly interfere with audio detections.  SoundID recommends working with audio clips of no more than 2 minutes in length.  For this test I conducted five 10-minute point counts - during each of which I collected five sequential 2-minute audio clips in SoundID.  During these counts I allowed Merlin to access iPad location information, so that suggested identifications were informed by appropriate geographical location.  During each point count I recorded all birds that I detected, whether they were identified visually or by sound, and estimated numbers of each species.  If Merlin provided a species identification on any of the five audio clips during a count, I scored the species as identified by SoundID.  SoundID identifications that I did not myself detect during the point count were noted in the checklist comments.

Each point count was recorded as an eBird checklist:

Summarizing species detected, with total number of counts on which each was confirmed to have occurred, broken down by three identification methods:

For the species detected only by SoundID during a count, I reviewed the audio clip to assess whether I could identify the call.  The Great Horned Owl and Cooper's Hawk identifications appeared to be concurrent with Eurasian Collared-Dove calls.  The Pine Siskin identification appeared to be concurrent with a European Starling call; the Cedar Waxwing identification was a high-pitched whistle that might have been correctly identified but was likely a European Starling call.

Total number of confirmed species x count detections was 35, including two finches not confirmed to species.  Of these, 23 were visually detected, 26 were heard, and 12 were correctly detected by SoundID.  In addition, there were 4 species x count detections by SoundID that appeared to be incorrectly identified, and one (Cedar Waxwing) for which the accuracy of the identification was undetermined.

1) I enjoyed using this app.  Even though the successful identification rate was fairly low, it was impressive that in many cases SoundID successfully picked up an identification within a few seconds.  Indeed, in a few cases where I was not paying full attention, the ID popped up slightly before I had mentally processed a sound.  Because the app can often provide nearly real-time feedback and does not get distracted, this could be a useful training tool to help with learning bird identification by sound.

2) The accuracy of identification is by no means adequate to be relied upon for a comprehensive bird list or to document rarities.  Nonvocal species like Turkey Vultures will of course never be picked up.  Moreover, vocalizations that are nearby and loud are much more likely to be detected; in several cases even where a species was successfully ID'd, the birds had been identifiably calling at a moderate distance for several minutes before SoundID successfully made an identification.  Possibly a better microphone system than the iPad default would allow more species to be detected.  The rate of incorrect identifications was significant, so using the system even for learning purposes certainly needs to be tempered with more than a grain of salt.

3) Evidently starlings are hard!  These five point counts included 20 minutes of  loud and actively communicating social starlings, about 20 meters away, but SoundID never provided a European Starling ID.  Since their vocalizations are so diverse, this might be unsurprising, but it was a significant miss.

4) On other trials where I set the iPad to not allow Merlin access to location information, SoundID did the best it could but was nowhere near as realistic. (A notification did pop up indicating that the identifications did not incorporate location info and might be inaccurate).  A wide variety of unlikely North American species were proposed, including Common Redpoll, Flammulated Owl, American Avocet, and Yellow-crowned Night Heron.  Enabling location info is necessary to give a fair test of the system.

Email ThisBlogThis!Share to TwitterShare to FacebookShare to Pinterest
Labels: Birds

Having been listening to the soundtrack for Hamilton this past week, I got a brainstorm for alternative lyrics to "The Ten Duel Commandments."  If you don't mind wading through a thicket of birding in-jokes!

It's the Ten Bird Commandments!

You'll need your sharpest eyes, plus a bunch of patience.

In your pack, have a Sibley (the Second

Edition) for when field marks are reckoned.

Hit the hotspot when the rain clears.

If a Code 5 rarity appears.

If you can't clinch ID, that's all right -

Time to post to OBOL, get some twitchers on site.

Everybody scans to the best of their ability;

Some birdseed as a gift is a marker of civility.

Start before the sun is in the sky.

Chorus song is high, spare an eye to spy!

Leave a note on the eBird site.

Pray reviewers will confirm it's right.

Not get a photo but

That other flock of butterbutts.

Send Dave Irons in, maybe he can set the record straight.

--On the third branch?

But you can't see projection from that perch. --Heard

It call, somewhere over in that birch. --Bird's

Dropped down.  --If we had another searcher...

--Hang on! That back is too gray. You see, an Acadian

Sand Martins on the wire!

Posted by G E Canterbury at 1:21 PM No comments:

[spoilers below for The Translator!]
In John Crowley's novel The Translator, during the early 1960s the exiled Russian poet Innokenti Isayevich Falin has come to teach at a Midwestern university.  His student Kit finds that peculiar circumstances surround him, inexplicably and persistently.  And then one night she happens to see him walking across campus, and follows him, but:

...she slowed uncertainly; she could see down all the lighted paths, he couldn't have gone far.

He was gone, gone entirely, vanished.

She walked on toward the library, feeling an Alice feeling of having been put in the wrong by a being who didn't follow the laws of physics.  Then she found she was walking right toward him: he stood before the library, and he was talking to a slim dark woman, or rather listening to her talk, she seemed distraught or upset somehow, she talked and shook her head and almost seemed to tremble: and then as Kit came close, almost too close, unable not to, the woman pressed her cheek against his coat.

Only one paragraph, and this woman never reappears in the story.   But Crowley is not one to be sloppy about leaving threads dangling in his narrative.

The twisting shadow of the Cold War moves over the life of this little college campus.  At the height of the Cuban Missile Crisis Falin... vanishes.  The manuscripts of his poems are mysteriously lost.  But the world edges back away from war, and life persists.

Many years later Kit speaks to her father of it:

"I think that back then, when he came to this country, there was a struggle going on between the angels of the nations, his and ours; and that in their anger and their fear, those angels came to destroy the world...

"But no, of course it didn't happen," Kit said, and she rose up and went to the window, as though to release her thought or her soul that way.  "It didn't, it should have but it didn't.  Because the lesser angel of one nation interceded.  On our behalf.  He made an offer; he offered himself."

"The lesser angel," she said.  "Every nation has one: an angel who is all that the greater angel isn't.  Who can weep if the nation's angel can't; or laugh if it never does; who is small and weak and powerless, like us.  Except this once.  Because the lesser angel could say: Take this as a sop to your anger.  And it worked...

"It didn't have to be much.  It wasn't much.  It was only the thing most precious to him.  What would destroy him to lose.  His soul."

"His self.  His life."  A sheaf of papers, yellow American copy paper, the rough uneven lines of Russian words typed on the Undervud.  "They couldn't refuse that."

And if Soviet Russia had a lesser angel, the animating spirit of what was not the gray empire of the Politburo and the KGB and the gulags; I take it that America had one as well.

And that she remains.

Thanks to Ibram Kendi for his article this week in The Atlantic, A Battle between the Two Souls of America, which brought this back to my mind.

Great noblemen gathered around him

And on the terrace crowded

The women in garlands bright.

His finger he crooked in a gesture

And open wide gaped the cage-door.

He shook out his mane, and

And the king again signaled,

There fiercely sprang out

He spied the lion proud,

Lashed round his tail

In a terrible swirl,

Extended his tongue out,

Made a cautious turn

Sidled over by, and grumbling,

And the king again signaled.

Twin cage-doors opened - out with a pounce

A pair of leopards surged all at once.

They plunged with a valiant thirst to fight

He lashed out his raging paws for the battle.

And the lion gave a snarl

Toward them all; they fell still,

And circling up neat,

All of the dreadful cats settled.

A glove from the balcony tall

To land among them, right between

“Sir knight, since your love's, so fierce in its urge,

Hourly pledged to me yet again,

Well then, bring me the glove back up!”

And the knight with a lively step

Downward climbed to the awful arena

And out of the midst of the beasts he

Plucked out the glove with a jaunty finger.

The noblewomen and the knights had

Looked on astonished and full of fright, but

Nonchalantly returning he brought back the glove.

And every voice rose up to praise him;

Tender she cast him a glance of love.

With her promise of joy to give

Would Lady Kunigund embrace him.

But he flung back the glove into her face -

“My lady, you can keep your thanks.”

And he made an immediate exit.

Posted by G E Canterbury at 7:15 PM No comments:

For three days toward the end of September,

Crack open your window sometime at night, and

Then listen if you can remember.

Flocks hidden by cloud in the starless skies.

Only the clamor of high yelping cries

If you miss them, the next week they’re gone.

Surge northward across thawing land, with

Their way bending left at the Arctic coast,

Drawn by the memories, bright in their host,

Of nests and soft grasses, the island of Wrangel.

Chanting one to the other, course on.

Posted by G E Canterbury at 7:45 PM No comments:

On Behalf of Athena 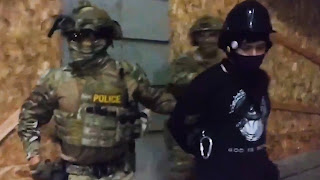 Dispatch from the Viewing Blind 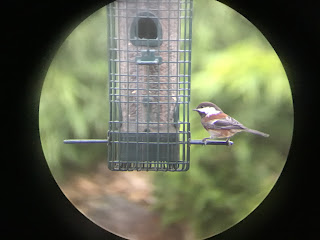